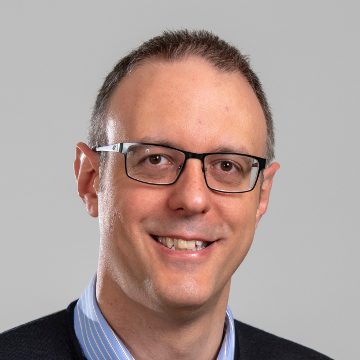 Paolo Casari received the Ph.D. in Information Engineering in 2008 from the University of Padova, Italy. He was on leave at the Massachusetts Institute of Technology in 2007, working on underwater communications and networks. He collaborated to several funded projects under the umbrella of EU’s framework programs the EU Defence Agency, and the NATO SPS program. He is the PI of the NATO SPS project ThreatDetect, and was the scientific coordinator of the EU H2020 RECAP project. In 2015, he joined the IMDEA Networks Institute, Madrid, Spain, where he led the Ubiquitous Wireless Networks group. Starting late 2019, he joined the faculty at the Department of Information Engineering and Computer Science, University of Trento, Italy. Dr. Casari regularly serves in the organizing committees of several international conferences. He also serves on the editorial boards of the IEEE Transactions on Mobile Computing and of the IEEE Transactions on Wireless Communications, and has been guest editor of a special issue of IEEE Access on “Underwater Acoustic Communications and Networking”. He received two best paper awards. His research interests include many aspects of networked communications, such as channel modeling, network protocol design, localization, simulation, and experimental evaluations